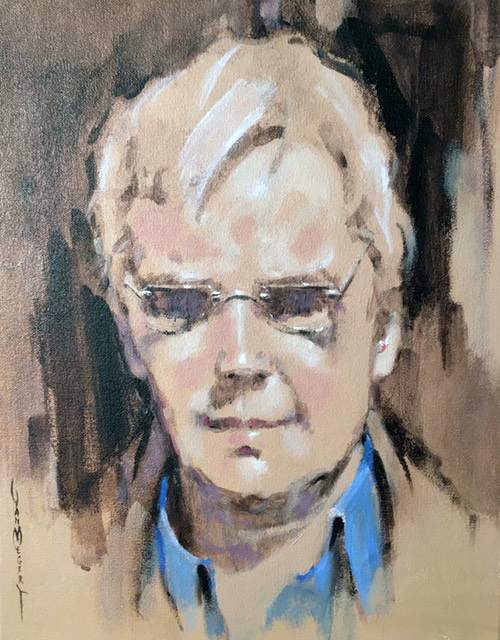 Van Megert has lived and painted in Pebble Beach, California for the past fifty years. His paintings have been shown in California and East Coast galleries and are permanently hanging in corporate and private collections throughout the world. His oceanfront studio in Pebble Beach has provided him with daily inspiration in depicting the sea and surrounding landscapes.

The artist knew from the early age of six years old that he was going to be a portrait painter and pursued that goal resulting in a very successful career painting portraits for families, corporations and many other venues. Van Megert also has a studio in Paris where he paints the European scene, traveling through France and Italy.

This website unveils Van Megert’s newest work which has not been shown until now. It includes seascapes, landscapes and abstracts.

Also shown is a retrospect of portrait commissions of people and animals which show the artist’s many different approaches in depicting a subject’s persona.

And, for the first time, Van Megert is showing his ecclesiastical paintings that have never been shown in a commercial gallery.